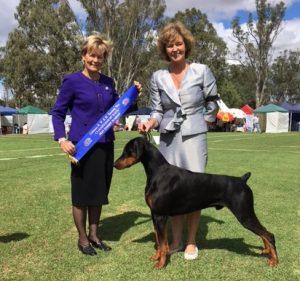 Mitchell has a very happy outgoing personality & is growing into a lovely young man.  Quite a big boy with beautiful bone & substance with a lovely head piece.

He won Best baby in group at his only two shows entered in the baby class.

Shown sparingly but to date unbeaten in his class, all breeds & specialties.

Challenge dog from minor class: May 2015

Opposite Junior in show: NSW Dobe specialty 2015 AM show

Mitchell titled with ease but retired due to our other commitments. 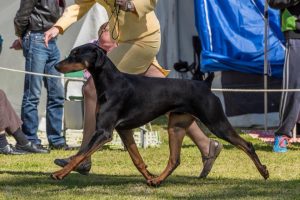 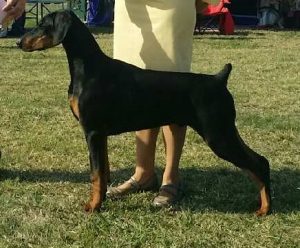 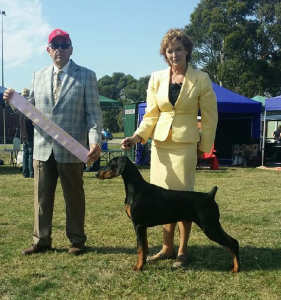 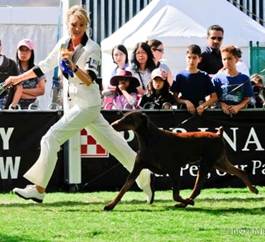 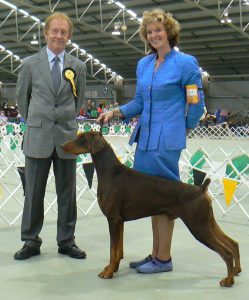 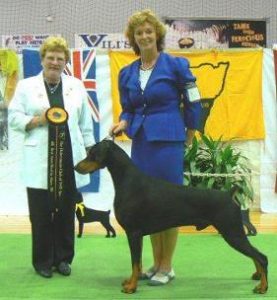 “Saxon” showed a lot of promise winning  Puppy in Group and reserve challenge dog at his first outing in October 2007 aged just 10 months.

Showing a lot of promise at his first outing winning Puppy in Group and reserve challenge dog in October 2007 aged just 10 months.  Shown sparingly due to living in a pet home he went onto winning 2 Best Exhibit in Show awards at breed specialties, Best of breed Melbourne Royal 2012, plus numerous class in show awards at specialty & all breed shows. Saxon passed away from natural causes aged 11.5 years. 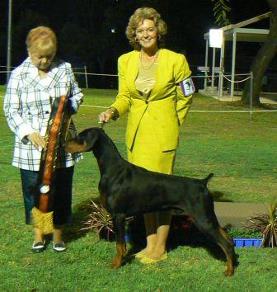 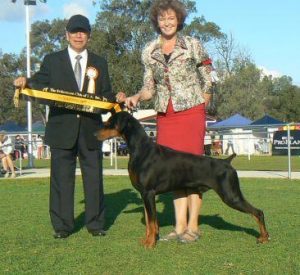 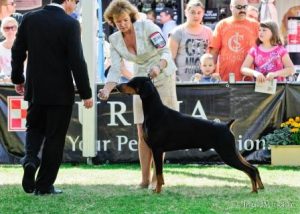 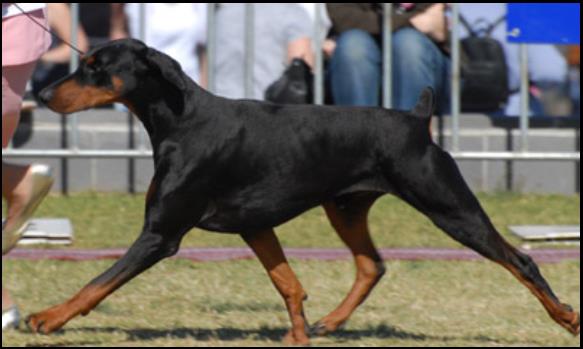 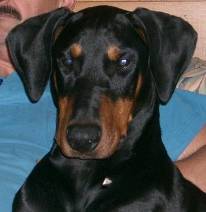 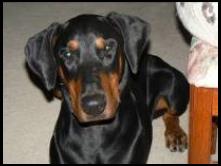 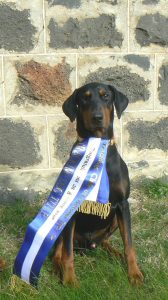 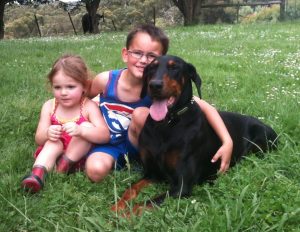