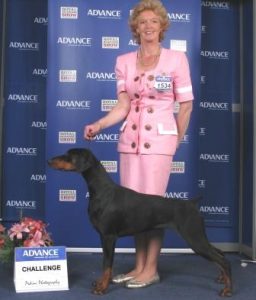 “Paris” is definately little Miss sweetie pie.  Very lovable and will grab a pat and a cuddle from anyone who is willing to indulge her.

She has excelled at all breeds shows for 2008, her first year of showing with countless class in group and in show awards.  Paris is rarely ever beaten in her class and beaten only by her brother Luka for puppy of breed, a very consistent performance for 2008.

2009 has been no exception for Miss Paris continuing along her winning way with numerous junior in group/show awards, plus challenges and best of breed wins.  Her final championship points were gained on March 21st aged just 17th months, handled by Andrew Hobday (Chizack Boxers).  Thanks Andrew and Paris, you make a great team.

CC Bitch/Runner-up best of breed & Minor in Show: 3rd May

Best of Breed & Minor in Group: 4th May

Minor In Group: 18th May

Paris retired from the show ring with only 2 shows since 17 months old, both at the DCV Specialty.  The 2010 specialty saw her gain her first pass in the novice obedience ring and a 2nd place in the confirmation ring making her elligble for the Elmaro trophy, however, she was pipped by her cousin Jag who won the CCD ring and awarded runner-up in show in the confirmation ring.

The following week Paris gained her second pass in the novice ring with a score of 191 and 2nd place.

January 7th 2011:  Paris returns to the all breeds ring with a bang taking out a big Best of breed win under an international judge at the

Paris is a great producer with 2 litters on the ground the first sired by  Josh, has 4 in the show ring, between them they have achieved class in group/in show awards, best of breed and Best  in group and runner-up in group wins.  Reece, Dane, Virgil & Layla.  Virgil titling at 12 mths in Qld just then having to wait to get the final 25 points to claim it and Dane titling at 15 months here in Victoria and winning Best in show at the ACT Specialty in 2011, Layla titled in NSW and Reece in Tassi. 2011 saw Paris take to the tracking field and gain her Tracking Dog title and 2 passes toward her TDX title.

17th December, 2011, the last show for us for the year and Paris wins Best of breed from a big entry, Jag her cousin takes the dog challenge and RUBOB.

2012 will see Paris have a few shows and then motherhood duties will take over, she is a great mum and enjoys having her babies.

From this litter so far 3 have titled before 18 months of age, Bronte in Canberra, Karli in Adelaide & Jordy in NSW. 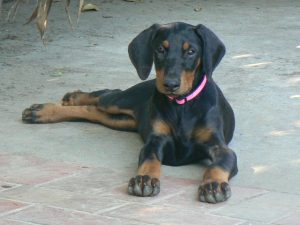 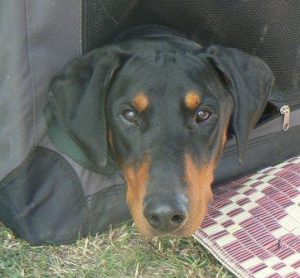 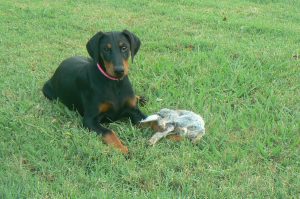 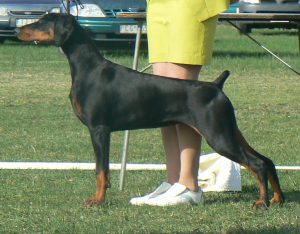 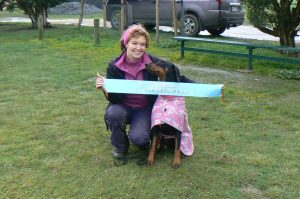 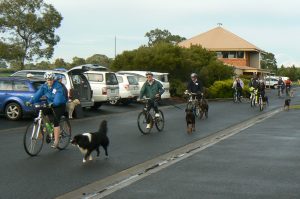