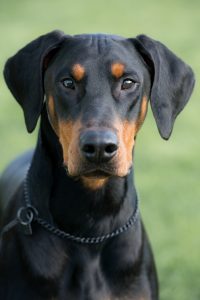 Levi is the most adorable affectionate dog anyone could hope to own.
From the day he arrived from New Zealand he decided he was mine & attached himself to me immediately.

Levi won puppy in show at the DCV dobe show in November 2013, qualifying for puppy of the year, although we didn’t attend due to being OS at the time. He has since accumulated points toward his champion title & numerous junior in group awards from just a few outings. 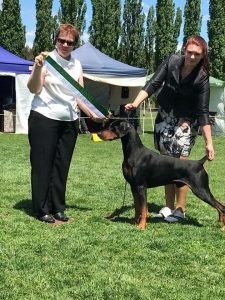 Late in 2015 Levi moved to Canberra to be campaigned & owned by Dianna Argy. He accumulated many groups & a BIS Utility & numerous class in group/show awards to bring up his tally needed to become a supreme champion. A huge congrats to Dianna & Levi for gaining such a coveted title. 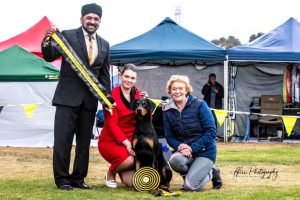 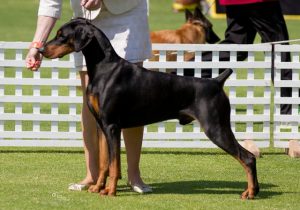 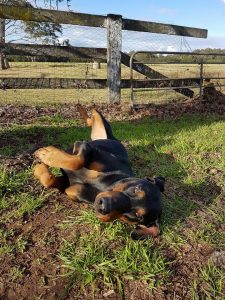 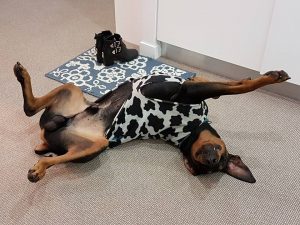 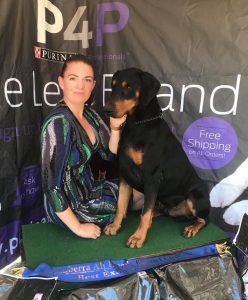 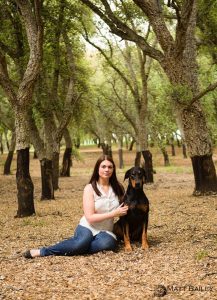 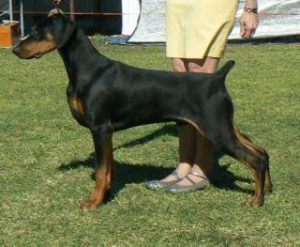 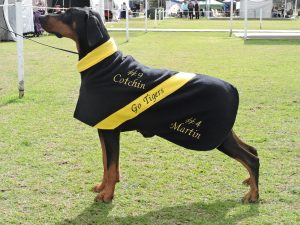